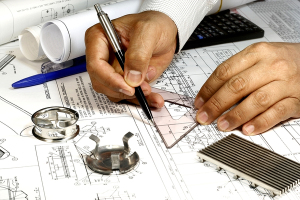 Son of the late Frank and Mathilda Kosar.

At the beginning of his career, Walt was employed as a mechanical engineer at the Union Switch and Signal for 16 years. He then co-founded, along with 4 other colleagues, Detroit Switch, Inc. on the Northside from where he retired in 1989. Walt was the last surviving founder.

Since 1934, and as a pastime, Walt was a HAM Radio Operator. But as a side profession, he serviced and repaired radios since 1936 and in 1950, he added televisions to his scope of repair work.

Walt fondly remembered growing up on Mercer St. in Turtle Creek and picking elderberries to make jelly. He enjoyed a good game of poker with his buddies and Wii bowling at LGAR. He claimed his secret to his longevity was having a Manhattan each day at 5:30pm.

Friends are welcome on Sunday from 2-6pm at Patrick T. Lanigan Funeral Home & Crematory, Inc., Turtle Creek / Monroeville Chapel, 1111 Monroeville Ave., Turtle Creek, 412-823-9350 where a Funeral service will be held on Monday at 11 a.m.
Walt will be laid to rest in Penn Lincoln Cemetery.

Walt’s family would like to thank the staff at LGAR Health and Rehabilitation for their wonderful care over the years for Walt and they appreciate, as well, the care and compassion to his family.

Memorial donations may be made to the charity of one’s choice.

To send flowers to the family or plant a tree in memory of Walter F. Kosar, please visit our floral store.