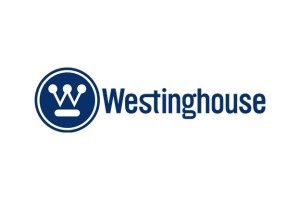 He always had an idea to make things better, in his career and in life.

Born in North Braddock, Pennsylvania, his adventures took him to Fort Hood, Texas compliments of the U.S. Army, back to Pittsburgh, then onto Florida and returning home to be close to his beloved family. He was predeceased by his wife of 51 years, Marie Higgins Ward who he called the best thing that ever happened to him. He was the loving father of four girls: Rosemarie (late Edward) Donnelly, Terri (Robert) Parker, Lora (late Robb) Wilson and Robin (Frank) Buckstein. Grandfather of Michelle Parker, Kristen Parker, Michael Buckstein and Gabrielle Buckstein and great-grandfather of Lilly Ballard and Grey Marie Bray. His greatest joy was taking his family on vacation to create life-long memories.

He was predeceased by his sister Mary Jean (late Ernest) Michelangelo and brother James Ward. Rob is survived by his sister-in-law Evelyn Ward, many nieces, nephews, cousins and his hardworking caregivers.

A graduate of the University of Pittsburgh, Rob worked 45 years as an electrical engineer with Westinghouse Electric and 25 years running his consulting business.  He was an expert in his field, specializing in steam turbine generators. He enjoyed mentoring younger engineers and had a particular talent for figuring out what was wrong and how to fix it.  Work took him throughout the United States, Central and South America, Asia and Europe. He worked hard, well past typical retirement age.

His soft hands, eclectic taste in music and dance moves were legendary. He almost never took a bad picture. He was generous with his time, talent and treasure to help others. He loved singing with the family around the piano, with the choir at St. Bernadette Church in Monroeville and Sts. Peter and Paul in Winter Park, Florida, or at home with his constant companion Alexa.  While serving in the Army, he had fond memories of going to the USO.  Memorial donations may be made to the U.S.O. (uso.org) or VA Pittsburgh where he received wonderful care.

A Mass of Christian Burial will be held Saturday, October 2, 2021 at 10 a.m. in St. Bernadette Church of Christ the Divine Shepherd Parish.

Rob will be laid to rest with Military Honors in Good Shepherd Cemetery.

The Mass and committal service will be streamed live on the funeral home website by clicking the link below Rob’s obituary.