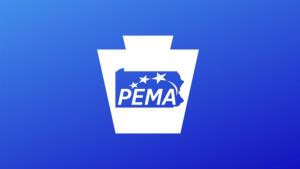 Former Chief of Allegheny County Emergency Services, resident of Pittsburgh, passed away suddenly on Friday, July 17, 2020, at the age of 65.

Bob began his lifelong career in emergency services as a Junior Firefighter for the Forest Hills Volunteer Fire Department, where he is a life member.  Beginning in 1975, Bob worked for the city of Pittsburgh as a paramedic where he was promoted to Assistant Chief.  Bob served the role as President of the Pennsylvania Association of HazMat Technicians from 1997 to 1999 and was also a director of its Western Region .  In 1998, he was promoted to the position of Allegheny County Fire Marshal, a position he proudly held until 2011.  While serving the county as Fire Marshal, Bob strived to develop a centralized call center, which would receive all outgoing emergency phone calls placed throughout the county for needed fire, police, or paramedic requests.  This began the early stages of what is now known as the Allegheny County Emergency Services Division, which houses the 911 dispatch center.  He served as Chief for many years and assisted the division throughout its successful development.  Bob served as the Assistant Director of Pennsylvania Emergency Management Agency from the year 2011 to 2015.  He then took a position at Specialized Professional Services, Inc. working as the Director of Safety and Special Projects, a position he held from 2015 until his recent retirement in June of 2020.

Friends welcome Tuesday 5-8 p.m. and Wednesday from 12-8 p.m. at Patrick T. Lanigan Funeral Home & Crematory, 1111 Monroeville Ave., Turtle Creek, PA 15145, (412) 823-9350, where a Public Saftey Service will be held Wednesday at 7 p.m. Due to current restrictions, the funeral home is limited to 25 visitors in the building at one time. The funeral home staff will be directing visitors upon entry. Masks are required.

Memorial donations may be made to the Fire Department or Emergency Medical Service organization of one’s choice.

Bob considered himself to be just a common man.