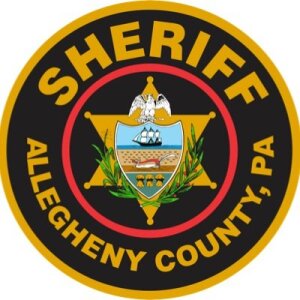 Of North Braddock, age 90, died on Sunday, November 7, 2021 while residing at Anthology of McCandless.

Leo was the beloved husband for 65 years of the late Helen (Harvanka) Campbell who died on April 30 of this year.

He was also survived by numerous nieces and nephews.

Leo was a 1950 graduate of East Pittsburgh High School and served in the Army during the Korean War. For over 20 years Leo was employed as a Deputy Sheriff with the Allegheny County Sheriff’s Department. His second job for many years was as a bartender at the Igloo Club in the former Civic Arena and at the Allegheny Club in the former Three Rivers Stadium. Leo enjoyed golf, long distance swimming, and, being a staunch Democrat, he enjoyed discussing politics and current events. Leo also served his community as a member of the North Braddock Fire Department and as a member of the Board of Directors of the former General Braddock Area School District. He served as a member of the Board of the PA. Deputy Sheriff’s Association where he fought for and achieved greater pension benefits for deputies across the state. Leo reveled in telling stories about all his life and the unique people and experiences that he encountered. Leo and Helen took many trips to Florida and the beach and travelled in a Winnebago to several Super Bowls with fellow deputies and spouses. Leo will also be remembered for his quickness to smile and the sparkle from his baby blue eyes.

Friends are welcome on Friday, November 12 from 3-6pm at Patrick T. Lanigan Funeral Home and Crematory, Inc., 700 Linden Avenue at Cable Avenue, East Pittsburgh (412-824-8800) where a Blessing Service will be held on Friday at 6pm., followed by a Presentation of Military Honors. A reception at Asti’s at Grand View Golf Club will follow the Services.