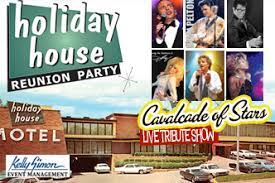 Beloved wife of the late Frank Damico, Sr. for 63 years.

Lena was a manager at the former Holiday House in Monroeville which gave her the opportunity to meet many of the top entertainers of that time. After the closing of the Holiday House, she worked a concession stand at the Civic Arena and worked as a bus monitor for the Penn Hills School District.

Lena enjoyed her life in many ways including camping, vacationing at the beach, cooking for her family, dancing the Jitterbug with her husband, Frank, swimming in her backyard pool, and playing cards with her card club girls.

Above all else, Lena loved to be with her family, especially her grandchildren.

There will not be a visitation or service at this time.

You can still show your support by sending flowers directly to the family, or by planting a memorial tree in the memory of Lena A. (Rapino) Damico
Share a memory
© 2021 Patrick T. Lanigan Funeral Home and Crematory, Inc.. All Rights Reserved. Funeral Home website by CFS & TA | Terms of Use | Privacy Policy