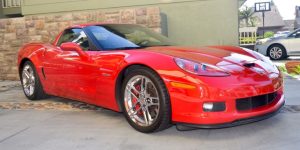 Ken was a 1961 graduate of East Pittsburgh High school and a 1965 graduate of Theil College. He was a member of the basketball team at each school. Ken began his professional career as an accountant with Heinz. Then after education in the new field of computer technology, his career path travelled to Alcoa, Allegheny Ludlum and finally as a consultant with Robert DePaul and Associates. Ken was a man of strong faith and was a member of the former Hebron Lutheran Church in East Pittsburgh and currently was a member of Christ’s Lutheran Church in Murrysville. He loved to take Marti on rides in either his 2008 Corvette or on his Harley Davidson motorcycle. Ken also was a Lionel Train collector. He had a permanent train layout in his basement and loved to take his children, then grandchildren, to model train shows. He also was a huge fan of Pittsburgh sports teams, as he and Marti were former Steeler season ticket holders.

The family will be having a private visitation and service. A Memorial Service in the Christ’s Lutheran Church will be announced in the future. Ken will be laid to rest in the Hankey/Christ’s Lutheran Cemetery.

To send flowers to the family or plant a tree in memory of Kenneth W. Hinkelman, please visit our floral store.