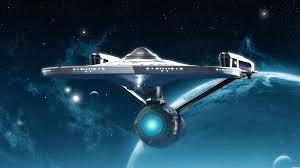 He was preceded in death by his father, Raymond J. Waterkotte, his mother, Margaret “Peg” Waterkotte, and his sister, Jennifer Ann Waterkotte.

Joe is survived by his brother Michael “Moe” Waterkotte, sister-in-law Laurie Williams, and nephew Chris Waterkotte.  He will be missed by his cousins Marge and Roy Nelson and family, George and Carol Limegrover and family, Donna and Tim Friez and family, and Barbara and Brent Miller, as well as friends and coworkers.

Joe owned Waterkotte Construction and worked on television and movie productions as a coordinator.  He was a lifelong bass player, both stand up and electric.  He played with several local bands, and toured the country with the musical Quilters, ending with an appearance on Broadway.  He enjoyed science fiction with a special love for all things Star Trek.  At one point he and his brother, Moe,  created their own Star Trek episode on VHS, editing excerpts from several episodes and adding their own sound track.  He liked to work with his hands and in his spare time, he built bass guitars, models, furniture for himself, and computers.  A celebration of his life will be held at a later date when it is safe for friends and family to get together.   In lieu of flowers, donations may be made in his memory to the Greater Pittsburgh Community Food Bank. 1 N Linden St, Duquesne, PA 15110 www.pittsburghfoodbank.org.

You can still show your support by sending flowers directly to the family, or by planting a memorial tree in the memory of Joseph A. Waterkotte
Share a memory
© 2021 Patrick T. Lanigan Funeral Home and Crematory, Inc.. All Rights Reserved. Funeral Home website by CFS & TA | Terms of Use | Privacy Policy