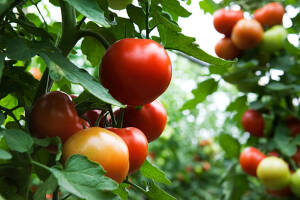 Joe was the beloved husband of Susan (Huss) Lescinsky for 52 years.

Joe was a 1954 graduate of North Braddock Scott High School and a graduate of the University of Pittsburgh with a bachelor’s degree in Civil Engineering. Joe was a valued employee for his entire 35-year career as a Hydraulic Engineer with the U.S. Geological Survey. He spent his first 11 years in the Harrisburg office and his final 24 years in the downtown Pittsburgh office. During his career and due to his experience and knowledge, he was published on numerous occasions in Geological Survey reports. He retired from the Survey as a Supervisor.

Joe was an active member and volunteer with the Forest Hills Presbyterian Church as an Elder, and as a Deacon. He also volunteered as a Constable for Elections in Forest Hills polling places. Joe enjoyed spending time in his vegetable garden and tending to his favorite crop, tomatoes. He and his family always looked forward to their annual vacations to Wildwood, N.J. to relax and appreciate the beach and each other. The center of Joe’s life was his family, with special attention to his buddy and grandson, R.J.

Due to the current pandemic, there will not be a visitation or service at this time.

A Memorial Gathering will be held at a future, safer time.

You can still show your support by sending flowers directly to the family, or by planting a memorial tree in the memory of Joseph B. Lescinsky
Share a memory
© 2021 Patrick T. Lanigan Funeral Home and Crematory, Inc.. All Rights Reserved. Funeral Home website by CFS & TA | Terms of Use | Privacy Policy