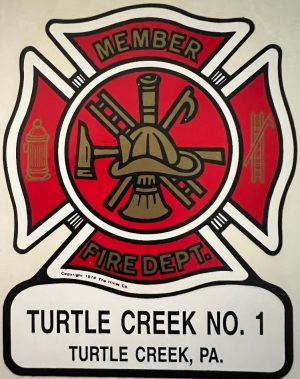 Beloved husband of the late Connie (Evancho) Morenzi for 60 years.

John was a 1956 graduate of Turtle Creek High School and attended Indiana University of PA. He volunteered for the U.S. Army and soon after his discharge, he began employment at Westinghouse. He worked as a computer programmer at Westinghouse’s Large, PA location and eventually retired from the Nuclear Division, having worked at both Penn Center and Monroeville sites.

During the Y2K predicament, John worked as a consultant with the University of Pittsburgh. John also served as business manager for St. Colman Parish in Turtle Creek.

John enjoyed sports. As a participant, he was a terrific softball player with his Westinghouse League and with the Overlook in Monroeville. As a fan, he loved his Pittsburgh teams and was a season ticket holder for the Penguins from the late 1980s to the early 2000s. During those years, he also owned 2 fire trucks, a ladder truck and a pumper. His pumper was painted black and gold and he drove it to many Penguin games and hosted tailgate parties with the firetruck as a center for the pregame gatherings. John also appeared with his trucks in many parades throughout the region.

John was generous with his time and was known for helping those who were less fortunate than him. It was not unusual for John to bring home a person who was displaced by a fire or other disaster, to share in a holiday meal with him, Connie, and their children.

Mass of Christian Burial in St. Colman Church of St. Joseph the Worker Parish on Monday at 12 noon.

John will be laid to rest with Military Honors at Good Shepherd Cemetery.

Memorial donations may be made to the Turtle Creek Fire Department, 125 Monroeville Ave., Turtle Creek, PA 15145.

Now that John has been called home to the Lord, he is finally feeling good enough to “be dancing”.

A Memorial Tree was planted for John

Join in honoring their life - plant a memorial tree