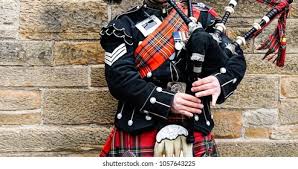 John was the beloved husband of Jean (Smith) Milligan for 62 years.

John was preceded in death by his brothers, William, Edward, Andrew and George Milligan.

He is also survived by many nieces and nephews.

John was a U.S. Air Force veteran of the Korean War. Upon returning from his military service, John became a Lithographer with Caslon Press on the Northside for over 35 years before retiring. After his career at Caslon, he and Jean both became employed as caregivers with United Cerebral Palsy.

John and Jean also enjoyed playing the bagpipes and travelled across the USA and Canada to various engagements playing the pipes. Once, sighting his diminutive size, a Canadian border officer was skeptical about John’s ability to play the bagpipes. John grabbed his bagpipes and piped across the Peace Bridge to demonstrate his proficiency at piping.

John will be laid to rest with Military Honors at Penn Lincoln Cemetery.

Memorial donations may be made to the American Cancer Society, 320 Bilmar Dr., Pgh. 15205 or www.cancer.org.

You can still show your support by sending flowers directly to the family, or by planting a memorial tree in the memory of John D. Milligan
Share a memory
© 2021 Patrick T. Lanigan Funeral Home and Crematory, Inc.. All Rights Reserved. Funeral Home website by CFS & TA | Terms of Use | Privacy Policy