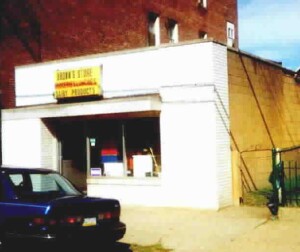 Beloved wife of the late Allen Reed for 63 years.

She was preceded in death by her brother, Edward Irvin, her sister Ella Sorrells Jordan, granddaughter Kathlyn “Katie" Lanzalotto and great-great-grandson Bentley Miller.

Jean touched many lives as she worked in 3 East Pittsburgh grocery stores (Pugliese’s, Mini-Mart and Brown’s Dairy Store) where she was considered a second Mom by the kids who frequented her stores. She will be missed.

Friends are welcome on Wednesday from 2-7pm at Patrick T. Lanigan Funeral Home and Crematory Inc; 700 Linden Ave. at Cable; East Pittsburgh, 412-824-8800 where a Funeral Service will be held on Thursday at 11 a.m.

Jean will be laid to rest in Penn Lincoln Cemetery.