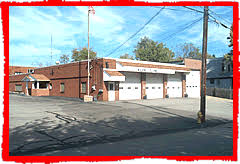 Beloved wife of the late Regis Patrick Cloonan for just 19 years until his death.

Helen was preceded in death by her brothers, John, Mike and Jim Koroly and her sisters, Mary Kuzma, Dorothy Smith and Ann Michaels.

Helen was a career homemaker and took pride in caring for her family in every way. She also was a volunteer with the Ladies Auxiliary of the Wilkins Twp. Fire Department #3 where she was ever-present at any Fish Fry. Helen also was a member of the Ladies Auxiliary of the Monroeville American Legion. For leisure, Helen enjoyed a good game of Bingo and relaxing by a fire at Mountain Pines Campground near Donegal.

Friends are welcome on Friday from 6-8pm and on Saturday from 2-5 pm at Patrick T. Lanigan Funeral Home & Crematory, Inc., Turtle Creek / Monroeville Chapel, 1111 Monroeville Ave., Turtle Creek, 412-823-9350 where a Funeral Service will be conducted by her grandson, Shaun, at 5 pm.