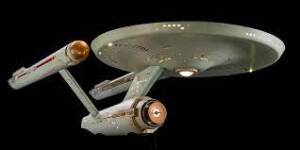 Doc was born on March 1, 1942 in Wilkinsburg and lived long and prospered in Monroeville PA. Scotty beamed him up at God's direction on Sunday, October 10, 2021. He was welcomed to his eternal home by his family and friends that he has missed so much, especially his parents, Harry Sr and Faymie (Sommer) Dawkins, sister Karen Lee Bleicher, aunts, brother-in-laws Fred Bell and Tom Corbin, nephews Bob and Mark Corbin, and his loyal fur friends.

He graduated from Gateway High School in 1960.   He worked as a draftsman at US Steel and machinist at Westinghouse  in East Pittsburgh until injury forced a change in 1984. At that time he returned to college, CCAC, and became a paralegal which he loved.

Doc was a lifetime member of the Monroeville Volunteer Fire Department, Co. #1 and served his community proudly as a  volunteer fireman and EMT.  He later shared this passion with his son, Eric C. Dawkins, who continues the Dawkins legacy to this day.

Doc had always loved westerns, trains, buses and birds. He was set up on a blind date with Carol Lee Dranguba and took her birdwatching.
This was the beginning of diverse interests between the two of them however the bonds of love and family would them keep together for 56 years of marriage. Harry and Carol also have a daughter, Cindy (Ray) Wernert, who shares more of his quieter interest in animals, reading and unlike the others, riding the benches at Kennywood Park.

To say Doc was an avid reader, writer, model railroader,  and Trekkie is an understatement.  To this day many of his books have been donated to the Monroeville Library. His written articles can be found in train magazines, including his article, "Reflections In A Brass Bell".  His treasured Garden City Railroad was once available for touring when the model railroading convention came to town.  Doc was also happiest when he was out to breakfast and being served coffee "with all the cream in the world" by his favorite waitresses.

Doc's favorite title had to be "Grandpa Doc", to not just his four beloved grandchildren Eric Dawkins, Liz, Ben and Zach Wernert, but to all of their friends and teammates, as he was a well-known fixture at every game and event.  He was their biggest fan from the days he first held them in his arms, played endless games during their coveted sleepovers, to freezing alongside fields and deks and to hearing about college classes and jobs.   His acceptance, love and pride for them never wavered. Now he will have the best seat in the house for every goal, be it athletic, academic or life milestone that they ever achieve.

In addition to the family mentioned, Doc is survived by his favorite daughter-in law, Kathy Baker Dawkins and son-in law, Raymond A Wernert, both who loved and cared for him until the very end; Aunt Jean Sommer, sister RuthAnn Corbin,best baker of PB cookies, Sister in law Mary Ellen Bell (late Fred), Michele (Joseph) D'Ambrosio and brother-in-law Joseph (late Karen) Bleicher, numerous cousins, nieces and nephews and the greatest neighbors ever.