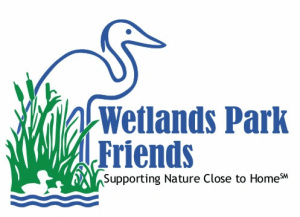 Of Swissvale, a recent transplant to Las Vegas, NV where he died on New Year’s Day, January 1, 2021.

Beloved husband of the late Jacquelynn (Cicero) Chernick for 25 years.

Preceded in death by his brothers, Edward and Carl Chernick and his sisters, Betty Marchitello, Anna Mae Koncsol, Josephine Kundus and Martha Chernick and one unborn sibling. Gene is also survived by numerous nieces and nephews.

Gene was a 1953 graduate of Rankin High School and a Korean War Army veteran. Upon returning from the Army, he became employed at WABCO in Wilmerding. In 1959 he began a 35-year career with the U.S. Postal Service and retired as a supervisor from the downtown office.

Gene was a generous man with his time and treasure and enjoyed his daily walks. He also enjoyed golfing and gardening, and he was an avid Pittsburgh Steelers and Penguins fan. Gene was a member of an environmental group in Las Vegas called Wetland Parks Friends. Above all else, he loved his family, especially his grandchildren and great-grandchildren.

Mass of Christian Burial will be in Madonna Del Castello Church of St. Joseph the Worker Parish on Wednesday at 11 a.m..

Gene will be laid to rest with Military Honors at Braddock Catholic Cemetery.

You can still show your support by sending flowers directly to the family, or by planting a memorial tree in the memory of Eugene L. Chernick
Share a memory
© 2021 Patrick T. Lanigan Funeral Home and Crematory, Inc.. All Rights Reserved. Funeral Home website by CFS & TA | Terms of Use | Privacy Policy