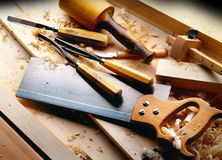 Ed was born in Braddock on October 17, 1937 and graduated from North Braddock Scott High School in 1955. He was a veteran of both the Navy and the Army. Ed was a retired crane operator from Mesta Machine Co. and worked as a self-employed contractor for many years.  Ed also loved to garden and was known as a person who could fix almost anything.  He was a loving husband and father and held a special place in his heart for all his grandchildren.  He will be dearly missed by his family.

A Divine Liturgy for Ed will be celebrated in Ss. Peter and Paul Byzantine Catholic Church, Braddock, on Monday at 10 a.m., followed by a Presentation of Military Honors.

Ed will be laid to rest privately in Monongahela Cemetery.

To send flowers to the family or plant a tree in memory of Edward M. Marcej, please visit our floral store.