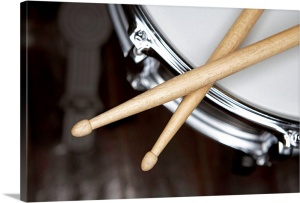 Of North Strabane, age 65, passed away on January 3rd, 2022.  He was born on the 10th of September 1956 in Pittsburgh to the late Florence (Handte) and Robert LeViere.

At an early age he would bang on pots and pans which earned him the nickname “Do Do,” given to him by his mother. It also gave him a love for music and playing the drums, which he enjoyed throughout his life.

He married Lorri (Getty) on November 13th, 1985, and they raised one child, Cameron.

Dwayne brought a lot of fun and laughter to all he came into contact with. He was always one step ahead and ready to help anyone.

He earned his lifelong nickname, ‘Turtle’, from friends who observed his base running while playing pick-up ball at Liberty School field in the 60s.

He became famous amongst his friends when his picture appeared in the Pittsburgh Press on June 29th, 1970, hanging on the score board at the last Pirates game at Forbes Field.

Dwayne retired from Smart Technologies and returned home to the Pittsburgh area 11 years ago.

He is survived by his wife Lorri, son Cameron of Swissvale, and sister Dorothy (LeViere) Brake of Crafton.. He was preceded in death his brother Robert (surviving spouse, Roseann) LeViere.

The family will be having a private viewing and service.

Dwayne will be laid to rest in St. John Lutheran Cemetery in Carnegie.

A Memorial Tree was planted for Dwayne

Join in honoring their life - plant a memorial tree