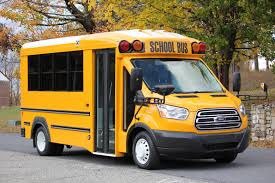 Andy was a graduate of Hurst High School in Mt. Pleasant and soon after graduation, he joined the U.S. Navy. After his discharge, he gained employment at Westinghouse R&D in Churchill where he met his future bride, Marian. He then moved on to a position with Teledyne in York, PA. While working full time, he took advantage of the G.I. Bill and attended York College and earned his bachelor’s degree. He also earned his master’s in business at St. Francis of Loretto College. He and Marian returned to Murrysville as Andy was hired by Leybold in Delmont. The latter part of his career was with the Commonwealth of PA as a Financial Manager for the Department of Corrections from where he retired. Even in retirement, however, Andy worked. He drove a school van for special needs students with Franklin Regional School District and drove tour buses for Myers Transportation. Andy also found time to volunteer as a Eucharistic Minister with Mother of Sorrows Church in Murrysville and he enjoyed woodworking, golfing, as well as rooting for his Pittsburgh teams.

Friends are welcome to attend his Mass of Christian Burial in Mother of Sorrows Church on Monday, 10:30 a.m.

Andy will be laid to rest with Military Honors at Murrysville Cemetery.

Andy's family would like to express their sincere gratitude and praise for the excellent and attentive care given to Andy by Dr. T. Philbin and his staff, Murrysville Medics, Mercy Hospital Emergency room staff, 9 tower staff, Annie Garner; CRNP Palliative Care, the staff of Heritage Hospice, and, also, the staff of Belair Nursing Home,